Roger Jungblut, the founder of UAL, has had his focus on Africa since 1973. In the company’s early stages, the founder and his management spent considerable time traveling within Africa, to familiarise themselves personally with the local circumstances. They found solutions to the many logistic problems existing in West African ports at the time – ‘not simply from a distance, from behind their desks’ – but by physically being there and identifying the obstacles that needed to be overcome.

This hands-on approach resulted in UAL’s very first contacts and contracts. Projects like breweries, airports, LNG plants were being transported to several West African countries by UAL. Slowly but surely, UAL specialised in the transportation of project and oil- and gas-related cargo. Port congestion remained a significant problem even long after large Oil & Gas deposits had been found in the early nineties in Nigeria, Equatorial Guinea, Angola and other African countries. Consequently, UAL decided to build a port of their own in one of the most strategic places for the Oil & Gas industry in West Africa – now known as the K5 Freeport & Oil Centre on the island of Bioko (Equatorial Guinea).

We think ‘outside the box’ as a matter of course at UAL Alliance. We are proud to mention these well-established African roots from the past four decades, since they are the basis for our innovative, practical and effective approach. 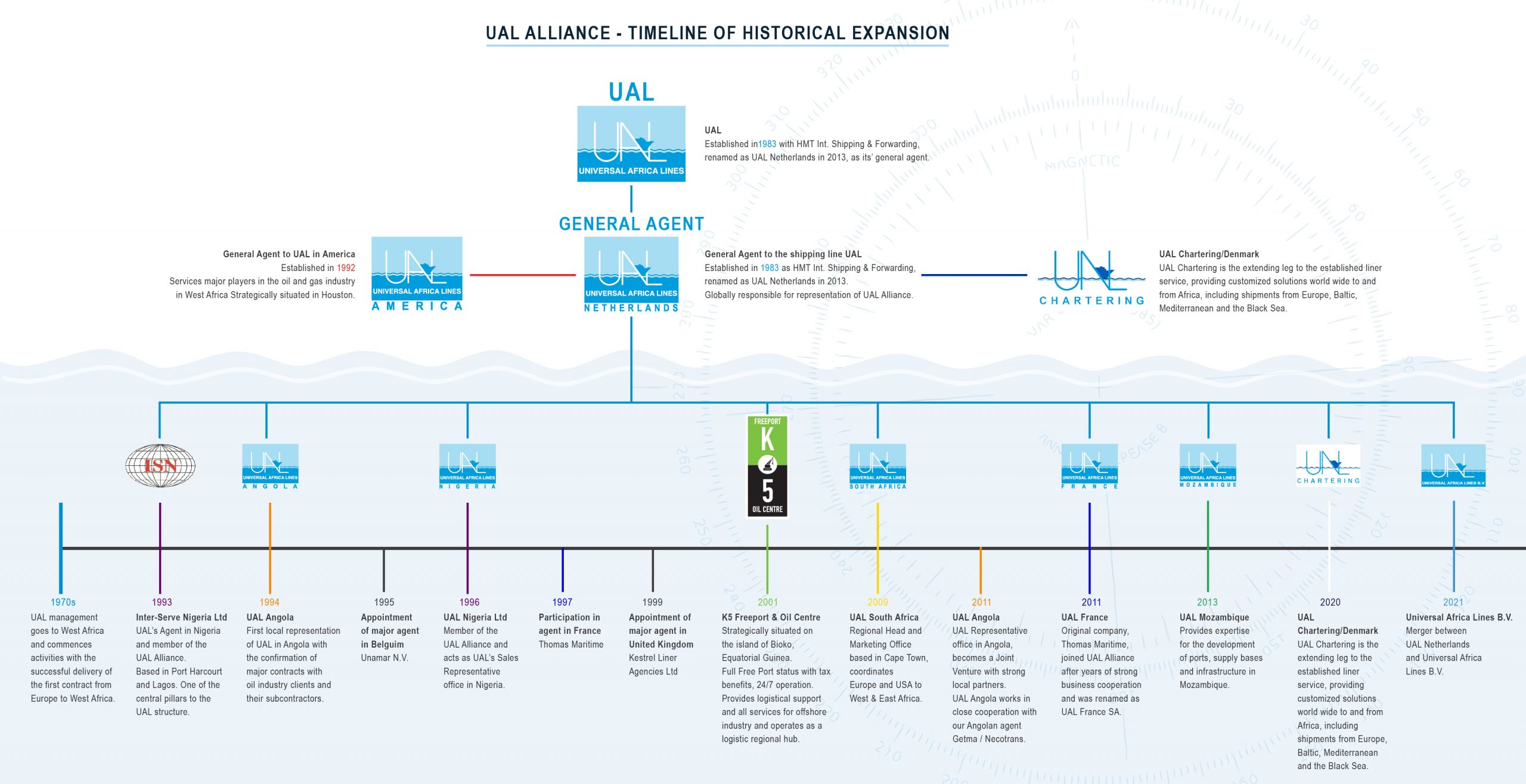